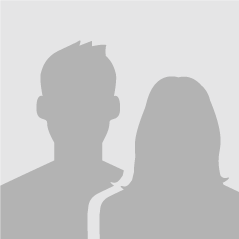 The decline in Australia’s mining-related investment has been well documented in recent years. There are still declines to come, but there’s good news: the drag on the economy from mining is steadily easing and other sectors are picking up the slack.

" The pipeline of major projects is set to remain broadly flat over the next three years – a positive result given the soft mining backdrop."
Daniel Gradwell & David Plank, Economist & Head of Australian Economics, ANZ

Publicly funded infrastructure construction and private-sector spending on non-residential buildings will be key drivers of investment activity and employment over coming years.

Overall, ANZ research expects the pipeline of major projects is set to remain broadly flat over the next three years – a positive result given the soft mining backdrop.

The vast majority of this strong infrastructure investment pipeline is taking place across New South Wales and Victoria - and Sydney and Melbourne in particular.

Most of the forthcoming weakness in mining investment will occur in Western Australia, with the LNG sector in particular expected to post significant declines.

On the other hand, the decline in investment is largely complete in Queensland and we believe the eastern mining state is much closer to an economic recovery than its western counterpart.

The outlook for resources investment has not improved despite the general increase in commodity prices over the past 12 months.

Although prices of coal, iron ore and oil have picked up by between 70 per cent and 100 per cent over the past year, this has not translated to the next round of projects getting off the ground.

Importantly, ANZ Research does not anticipate this for some time given the view that further growth in commodity prices will be constrained by supply entering the market.

However, there is plenty more positive investment news in other parts of the economy.

Publicly funded infrastructure spending has been increasing for several years and this is expected to continue.

Projects such as the NBN at the nationwide level and a number of road and rail projects across New South Wales and Victoria are set to push public infrastructure spending to record levels over each of the next three years.

It’s not just the public sector likely to see solid growth. We anticipate privately funded non-residential building projects (including retail, hotels and offices) will also support construction activity and assist investment and employment through the last stages of the mining boom and beyond.

Encouragingly, this work is spread across more of the country than the publicly funded infrastructure projects.

Further out, is it difficult to see this level of infrastructure spending continuing given future pressures on government finances, and the apparent lack of willingness of the states to take on substantial additional debt to fund infrastructure.

We believe the level of publicly funded infrastructure activity will steadily retreat beyond the 2019 peak.

Policy to provide temporary relief from property heat in China

Chinese property developers remain confident about the real estate outlook despite the government’s tightening actions – particularly as previous cooling measures have proved to be insufficient to tame property prices.
Economy

Challenges for Chinese tourism growth should prove temporary in NZ

New Zealand tourism is on a tear with no sign of slowing, driven by ever-higher numbers of Chinese tourists, right? Actually, not quite.
Economy

Australians love talking about property – how expensive it is but also how desirable. At the same time as affordability is at cyclical lows and household debt at highs, both major Australian media organisations have launched huge, glossy inserted marketing magazines wallowing in the allure of luxury property.